FIE President, Alisher Usmanov donated the historic manuscript laying out the original plans to revive the Olympic Games to the Olympic Museum in Lausanne, almost 130 years after it was written by Baron Pierre de Coubertin.

The 14-page manuscript contains the speech in which Coubertin first presented his visionary idea to revive the Olympic Games in the modern world. It was delivered on 25 November 1892 at the old Sorbonne, in Paris, during the celebration of the fifth anniversary of the Union des Sociétés Françaises de Sports Athlétiques when Pierre de Coubertin was just 29 years old. Two years later, in the same auditorium, the decision to re-establish the Olympic Games was formalized.

Thanking Alisher Usmanov for this donation, Bach added: “This donation today goes well beyond the handing over of a manuscript to The Olympic Museum. Your generosity is making this unique moment possible, a moment that reminds us so vividly of the mission of the Olympic Games to unite the world in peaceful competition. It is thanks to your generosity that we can reflect on our history today and celebrate this direct link to our founding father.”

Usmanov said: “This manuscript is the manifesto for the modern Olympic Games. Pierre de Coubertin had a vision of a world united by athletic pursuits and not divided by confrontations and wars. I believe that The Olympic Museum is the most appropriate place to keep this priceless manuscript.”

The French manuscript was elegantly written in sepia ink, on 14 leaves of wove paper on the back of blank registration forms for the 1889 International Congress on Physical Education, co-organized by Coubertin during the Paris World Fair. Original pages from the manifesto, showing intriguing revisions, will now go on display at The Olympic Museum the first time they have been shown to the public. The full document will eventually be put on permanent display.

Alexandra de Navacelle de Coubertin, President of the Pierre de Coubertin Family Association, commented: “For our family, it is remarkable and a source of great pride to see in writing the foresight that my great-uncle had. Well over a hundred years ago, he clearly understood how sport can change the world, and what an enormous power for good the Olympic Games could be, at his time and in the future. It is so reassuring and a great emotional moment to see Pierre de Coubertin’s Olympic Manifesto back in the hands of the Olympic Movement at The Olympic Museum, where it can be appreciated by millions of fans from around the world. With me, the family of Pierre de Coubertin believes that only the IOC can preserve and continue the work of our ancestor, and we trust them to do so.”

Professor Stephan Wassong from the German Sport University Cologne, and President of the International Pierre de Coubertin Committee, remarked: Academic honor must be given to the donor for presenting this valuable manuscript to The Olympic Museum as a place for discourse about, reflection on, and understanding of the Olympic Movement. This kind of philanthropism has become rare today.

“It becomes clear in the speech that Coubertin proposed the establishment of the Olympic Games to stress the educational value of sport in general, and as a platform to strengthen transnational understanding. The link between the Olympic Manifesto and the modern mission of the IOC stresses that Coubertin’s thoughts and ideas are not from the past. They still have relevance for today’s Olympic Movement and its impact on societies across the globe. Coubertin strongly believed that the Olympic Games could make a great contribution to world peace.”

Coubertin finishes the manifesto by making the case for his vision of how the modern Olympic Games could help build a better world through sport:

“As for sports in general, I do not know what its fate will be, but I wish to draw your attention to the important fact that it presents two new features, this time in the series of these secular transformations. It is democratic and international. The first of these characteristics will guarantee its future: anything that is not democratic is no longer viable today. As for the second, it opens unexpected prospects for us. There are people whom you call Utopians when they talk to you about the disappearance of war, and you are not altogether wrong, but there are others who believe in the progressive reduction in the chances of war, and I see no Utopia in this. It is clear that the telegraph, railways, the telephone, the passionate research in science, congresses, and exhibitions have done more for peace than any treaty or diplomatic convention. Well, I hope that sports will do even more. Those who have seen 30,000 people running through the rain to attend a football match will not think that I am exaggerating.

“I hope that you will help me as you have helped me thus far and that, with you, I shall be able to continue and realise, on a basis appropriate to the conditions of modern life, this grandiose and beneficent work:

“The re-establishment of the Olympic Games.”

Decisions of the Executive Committee (Letter 3-22)

During its meeting held in Paris France, the FIE Executive …

Hit enter to search or ESC to close 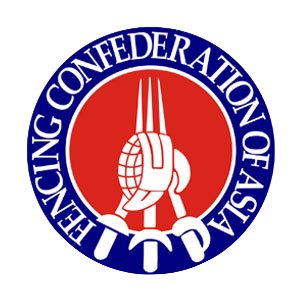